Since Independence, contemporary India has achieved significantly through various forms of affirmative action and economic incentives. In the economic arena, it is emerging as a major player in the global market and can now even afford to selectively abandon its ‘proverbial beggings bowl’.  Its progress in the arena of military technology has been impressive as have been its achievements in the spheres of nuclear, missile, and space technology. But in spite of half a century of achievements in the political, economic, and military fields, one fact can not be ignored. The gulf between potential and performance is particularly unbridgeable and yawning in the arena of foreign policy and security. Neither the assertive Indira Doctrine nor the conciliatory Gujral Doctrine succeeded in instilling trust among its neighbours. Apprehensions over India’s ‘hegemonic’ intentions continue to undermine its influence in the region. It has serious political disputes, differences, or disagreements with all its neighbours. India is saddled with two nuclear rivals with whom it has serious and seemingly irresolvable border disputes – Pakistan. The problem of Indian origin settlers in Sri Lanka, emergence and spread of Maoism in Nepal and Bangladesh’s unfriendly attitude on Farakka issue and other matters of national interest still continues to be a challenge/threat for the internal security of India.

With Pakistan, the problem of the predominantly State of Jammu and Kashmir has been a bone of contention between India and Pakistan which caused four wars since the days of the partition of the subcontinent. It began because the State of Jammu and Kashmir remained undecided on the eve of India’s independence whether to join with India or Pakistan. In a certain set of circumstances created by Pakistan, Raja Hari Singh, the king of the state, in October 1947, decided to join Indian union through the Instrument of Accession, which was signed by the Maharaja and accepted by the Defence Committee and the Governor-General of India. Pakistan argues that the question of Jammu and Kashmir was a part of the general decolonisation and hence it was a question of the right of self-determination of the people the State. India and Pakistan have been talking on the issue since then intermittently through mediation and direct talks as well but they have not been able to find an amicable solution as yet. Kashmir is more a consequence than a cause of ideological and power-centred conflict between the two countries. As Islamabad had rightly stated after the Kargil War in 1999 that conflicts and tensions with India would remain even after the Kashmir issue is resolved. It showed that Kashmir is not the cause of the India-Pakistan conflict, rather the result of bitter India-Pakistan relations. The primary image of India in Pakistan is that of a hostile nation and the primary threat to Pakistan’s security.

Initially, the problem of Indian settlers in Sri Lanka made no hindrance to India’s relations with the island nation. In later years Sri Lanka wished to define its nationhood in terms of Sinhalese race and Buddhist religion had begun to damage that country’s political cohesion and national security from the mid-1950s. Sri Lanka’s insensitive and heavy-handed handling of Tamil aspirations led to a guerilla war which had a serious political impact in the next-door Tamil Nadu state of India. Sri Lanka’s attempt to seek Pakistani, Israeli, US and British help to combat the insurgency posed a wider national security threat as well to India. It created the situation in which Indian involvement became essential and to protect the unity and integrity of the island nation India and Sri Lanka signed an agreement on July 1987. But the said agreement failed to bring an enduring understanding between the Sri Lankan government and the Liberation Tigers of Tamil Eelam (LTTE). Devastating fighting between the Sri Lankan armed forces and the Tigers of Tamil Eelam continued with intervals in the name of ceasefire agreements. The Sri Lankan government decided to launch a fight to finish the war against the Tamil Tigers when Mahinda Rajapaksa took over as the new President of Sri Lanka in November 2005. Having all the constitutional methods failed to convince the Tamil Tigers both sides fought a decisive war from the year 2007 and it came to an end in May 2009 with the defeat and death of LTTE’s supremo Prabhakaran. In the war with the Sri Lankan security forces, the military capabilities of Tamil Tigers were decimated and a new chapter has been opened in Sri Lanka’s multi-ethnic society and politics. 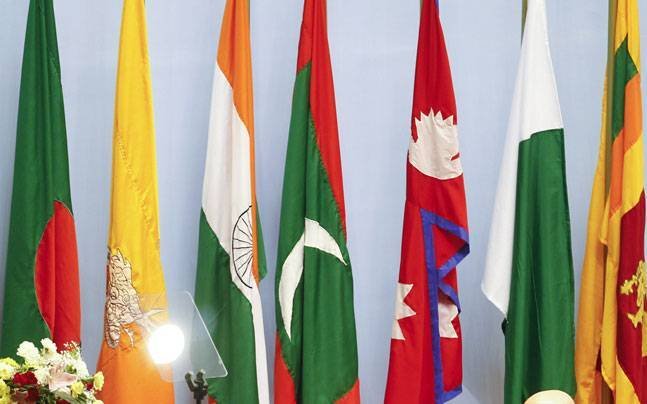 Hectic political developments took place in Nepal with the emergence of the Maoists as a potent force from the mid-1990s, and it brought in the Himalayan Kingdom a long phase of political instability. As the Indian government remained sympathetic to the anti-Maoist establishment in the kingdom it extended no direct support to the newly born political force in the country. It made both sides apprehensive to each other for a long time to come. Particularly after the death of King Birendra in a Palace shoot-out, the political situation in Nepal in the period of King Gyanendra became out of control who declared emergency in February 2002 and handed over the executive power to a coalition in April 2006. Finally, the election of Constituent Assembly was held in April 2008 whose members would also act as a legislature till the new constitution is written. In August 2008 a Maoist-led coalition government was formed and Pushpa Kamal Dahal ‘Prachanda’ was elected the first Prime Minister of the new federal republic of Nepal who was known for his anti-India stands. A change of guard also took place in the year 2009 in which Prachanda was replaced by Madhav Kumar as the new Prime Minister of Nepal but the political uncertainty and instability are likely to continue in the Himalayan Kingdom. In the circumstances, India needed to remain watchful towards the developments in Nepal and pursue a policy suited to the country’s long-term interests–bilateral, regional and global.

With the partition of the subcontinent in August 1947, the issue of Farakka emerged between India and Pakistan. Later the failure of west Pakistan state to allow adequate political and economic space to its eastern wing and to accommodate the latter’s distinctiveness had led to inter-wing conflict which ultimately, with the support of India, gave birth to a new nation in December 1971 named, Bangladesh. Before the emergence of Bangladesh India held several rounds of talks with united Pakistan without any concrete result. Construction of a barrage at Farakka was initiated by India but Islamabad tried to internationalise the issue by raising it at various international fora. After the formation of Bangladesh in December 1971, the new government held talks with the then Government of India and they concluded an interim agreement on the sharing of Ganga Waters at Farakka. The second agreement between the two was signed in November 1977 while the latest one in December 1996. The treaty of 1996 was for the period of thirty years with provision of review after every five years or earlier. Although it is not an issue for the present but deterioration of understanding with Bangladesh may aggravate the problem and pose a threat to good relations between the two neighbouring countries. Other issues of concern to India include use of Bangladeshi territories by Indian insurgent groups, support for terrorist activities and involvement of Bangladeshi nationals in crimes in India. These have been raised with the Bangladesh government, but they can be dealt with effectively only in a condition of acceptance of each other’s legitimate concerns.