Has India lost Nepal to China: Fate of a landlocked country 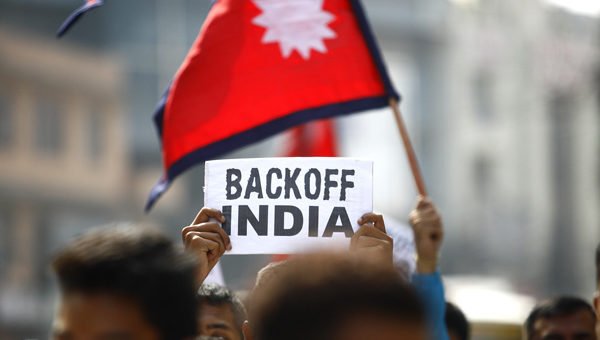 Being a native of North Bihar I can throw ample light on Indio-Nepal relations. As Nepal has always a deep and friendly connection with neighbouring districts of Bihar & Eastern UP. Our borders have been open long before Europeans opened their borders. We have grown up watching Nepal TV (Hindi Movie, Mahabharata, FIFA world cup etc.). We have a relationship of Roti and Beti (bread & daughter) with Nepal. – Achal Gautam*

These days Lutyens media in New Delhi often keen on narrating the rhetoric of India losing its influence in Nepal to China after the recently concluded parliament elections. Let’s check the facts before jumping to any conclusion.

What is the importance of Nepal for India and vice versa? Being a native of North Bihar I can throw ample light on Indio-Nepal relations. As Nepal has always a deep and friendly connection with neighbouring districts of Bihar & Eastern UP. Our borders have been open long before Europeans opened their borders. We have grown up watching Nepal TV (Hindi Movie, Mahabharata, FIFA world cup etc.). We have a relationship of Roti and Beti (bread & daughter) with Nepal. I personally know many families who have married their sons/daughters to Nepali nationals as we feel there is merely a geographical boundary on the map, our hearts and sentiments are much connected with each other. Pre-1991 when Narasimha Rao’s government liberalised our economy places like Birgunj in Nepal was our hub for buying foreign goods (mainly China made). In fact, my grandfather went to Nepal for treatment of his eyes. People like us have grown up watching numerous oil tankers being ferried in long trains from Barauni refinery to Nepal.

Even today approximately one-sixth or one-seventh Nepalese citizen live in India in almost every corner of this nation ranging from a professional college & private sector jobs to holding a position in Indian military. Though Nepal is a sovereign country, it is tightly integrated with India and its currency is pegged to Indian Rupee. You can survive in Nepal using Indian currency  (of course unofficially). India has always been involved in Nepal. Whether it was a transformation in power to Shah dynasty from Ranas, restoration of parliamentary democracy or abolishing of the kingdom, India has played a very constructive role. Nepal would not have been a republic had India not supported the idea. Indian Army Chief is an honorary General in Nepali Army & vice versa and this deep bond let us stand with Nepal during 2015 earthquakes and gave all possible help to our northern neighbour. Unfortunately, hate goes viral in far less time than love, same happened with India-Nepal relations, where the fringe elements of society leave no options to spread hate just to fulfil their politically motivated ideologue.

If we get more into it then one could say point the entire upsurge of 2015 lying in the new constitution of Nepal. There is a feeling among the residents of Tarai (Southern Planes) that they have got a rough deal in the new constitution. The planes of Madhes (as Southern planes are called) cover roughly 17% of the area of Nepal whereas this area is home to half of the population of Nepal often Madhesi people who are the legal citizen of Nepal are alleged to be agents of India. The people of planes started an agitation in 2015 and blocked all the roads from India to Nepal. It was alleged that India had given un-official support to this four and half months long blockade. As per the constitution, planes of Madhes (Maithili, Bhojpuri, Tharu, Bajjika, and Urdu speaking people) received less parliamentary seats (65 out of 165 seats in lower house) with respect to their population and provinces were formed in such a way that non-Pahari people had majority in just 2 provinces out of 7  the. India is of the view that constitution should be fair to all citizens in a diverse country like Nepal. If this problem is not solved, there would be agitations & clashes in future and this would harm the unity of Nepal.

During the blockade of 2015, Nepal tries to reach out to China for an alternate supply of essential goods. As per some analysis, China even theoretically can’t supply half of the fuel requirement to Nepal. Even if Tibet railway reaches right up to Tibet-Nepal border, the railway’s line can’t compete with Kolkata-Raxual railway line (there are 2-3 different routes from Kolkata to Raxual) in speed and cost. The port of Tianjin or Shanghai is at least three times far than the port of Kolkata and petroleum products to these Chinese ports would have to go via Malacca street to Eastern China which would be costly and very slow. The other option to Nepal is to join CPEC for faster delivery of petroleum products. Nepal joining CPEC will open a new chapter of hostility in India-Nepal relationships and even the most fanatic anti-India Nepali citizen would not like to be in this situation.

Being neutral I could agree on many points where India has done mistakes in Nepal by interfering in internal politics of Nepal which it should not have done. Indian media also share a big chunk of responsibility by creating a hype out of Indian support in relief operation after 2015 Nepal earthquake. It is often alleged that the friendship treaty of 1950 is not an equal treaty and in my opinion, this treaty should have been replaced with another treaty long back. The Anti-India sentiment has grown in recent years and Communist parties have fueled this sentiment to win the recent elections. In a first post ballot system if two parties form an alliance in a triangular contest then the alliance is bound to sweep the election. UML bagged 33.25 % of votes and its allice partner CPN received 13.66% votes, On the other hand, Nepali Congress received 32.78% votes and two Madhesi parties received 5-5% votes each. So, going by vote percentage, I don’t see these results as anti-India even though Communists alliance has swept the election in the number of seats (174 out of 275 seats).

In recent years, China has increased their investments in Nepal the and they have overtaken India as the biggest investor in Nepal and making them join OBOR (One belt One Road). India must acknowledge the fact that Chinese economy is five times larger than India and we can’t compete with them in investment. The other problem is the slow implementation of Indian projects abroad due neighboring India must welcome Chinese investment in its neighboring countries unless there is no violation of Indian territory but these investments must be in economic nature only. India can never tolerate Chinese military bases in Nepal and China should also understand India’s concern. I agree with Chinese views that there should be no sphere of influence but small countries like Nepal must be treated carefully by big powers.

Nepal must understand that it can’t play China v/s India in long term. In short term, UML can invoke anti-India sentiments and win elections. But Mr. K P Oli can’t turn Nepal a Chinese ally. Any Government in Nepal can’t overlook India. India is trying to compete with China in Nepal in terms of investments but India has its own limitation and it should not be pushed to the wall. There is a fear in New Delhi that, Nepal may involve China in Kalapani dispute and turn it into another Doklam. But I hope that cooler heads would prevail in Kathmandu. The day India expels Nepali citizens from India, Nepal would be on its knees. The economy of Nepal would come to an abrupt halt if the open India-Nepal border is closed and only Visa enabled travel is allowed. You can’t just abruptly cut the ties of thousands of years in just one stroke. Nepal must have friendly relationship with both India & China and it should take advantage of the two fastest-growing economies. Nepal has a potential to turn its geographical location to its advantage.

India, on the other hand, should stop involving into domestic affairs of its neighbors. India has no business information of electoral alliances in Nepal. If India is invited to resolve any dispute, India must take an active part. It was India which facilitated seven parties alliance which ended the civil war and paved the way of overthrow of the monarchy in Nepal. And Indian government must include politicians of neighboring state in dealing with neighbors. Leaders of Eastern UP & Bihar must be involved in diplomatic talks with Nepal. Yogi Adityanath and Nitish Kumar may have better leverage in Nepal than Sushma Swaraj. India should leave its desire to have a say in politics of Nepal. India should be seen as a facilitator of democracy and should be willing to work with any elected government. India must not compete with China in Nepal and we should work with Nepal & China for the upliftment of Nepali citizens.